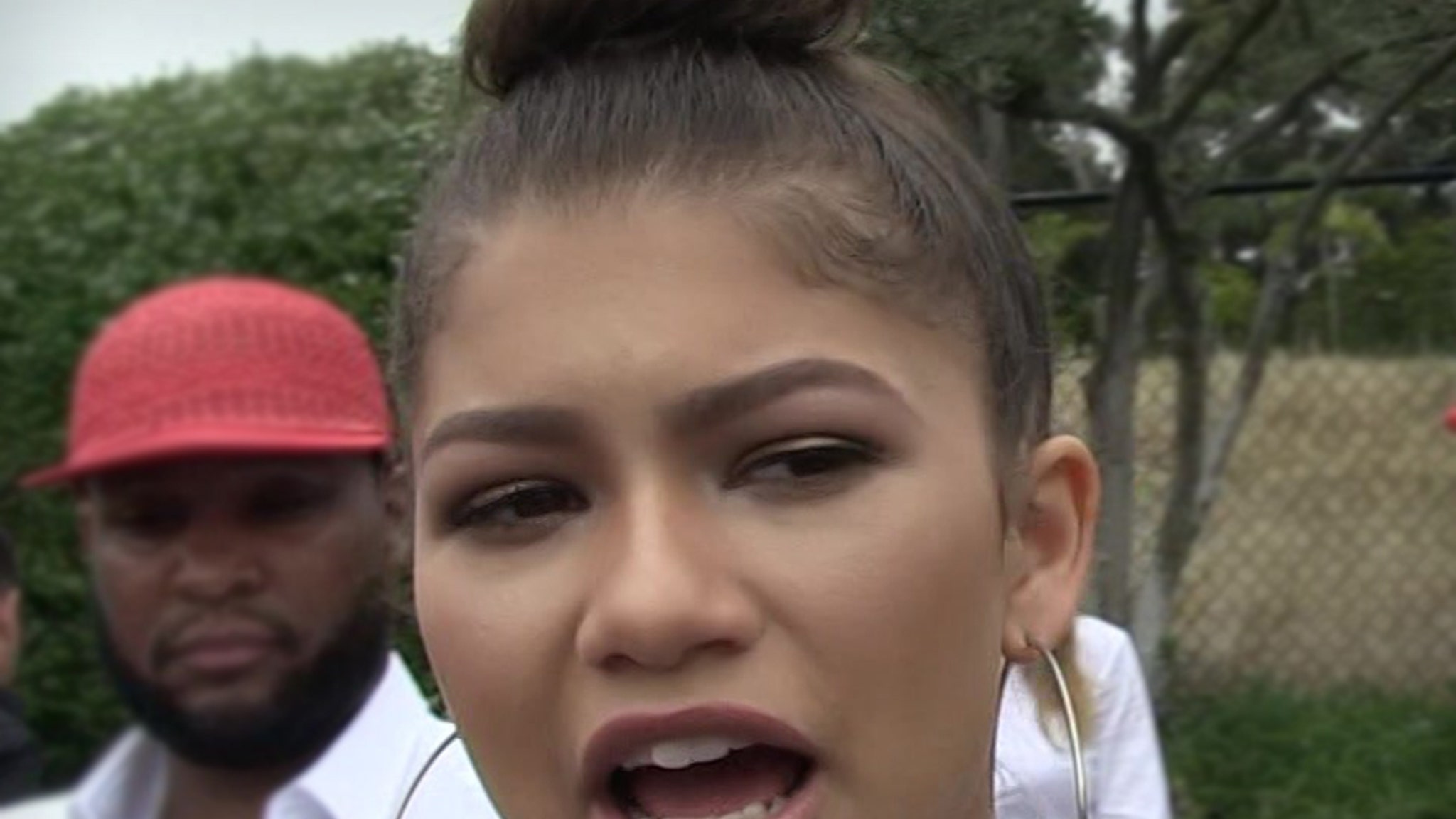 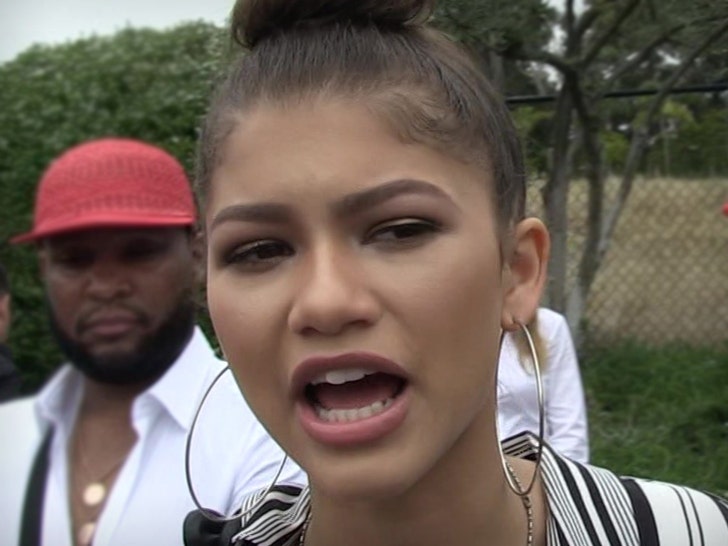 Zendaya‘s shutting down rumors that she and BF Tom Holland are expecting, after viral videos convinced the internet the two have a baby on the way.

The actress took to Instagram Wednesday after some posts took the internet by storm — ones that claimed she was pregnant with Tom’s kid. 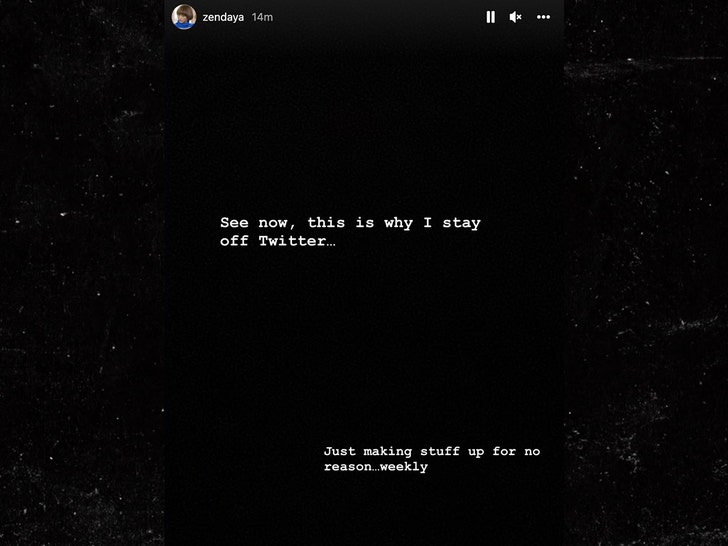 She puts in plainly — “See now, this is why I stay off Twitter…” adding, “Just making stuff up for no reason…weekly.”

The now-viral clip shows a faked screenshot from what’s supposed to be Zendaya’s IG, with an ultrasound on full display. The pic has a caption saying, “I love you. Halfway there,” with a tag for the “Spiderman” actor.

The vid then cuts to what’s being called “Krissing” — a clip of Kris Jenner dancing to “Lady Marmalade,” saying the whole thing was a prank. Call it a Rick Roll of modern times. 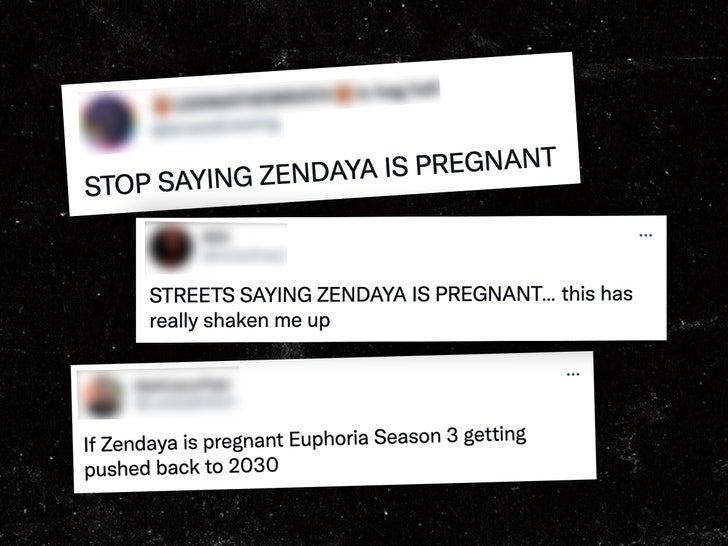 People still fell for it online, and Twitter blew up about the news … with many still confused while “Zendaya pregnant” is trending.

Rumors first started spreading about the two being an item back in 2016 when they first started filming “Spider-Man: Homecoming” … those rumors lasted for years until things got more concrete last year — TH and Z were spotted kissing in a car.